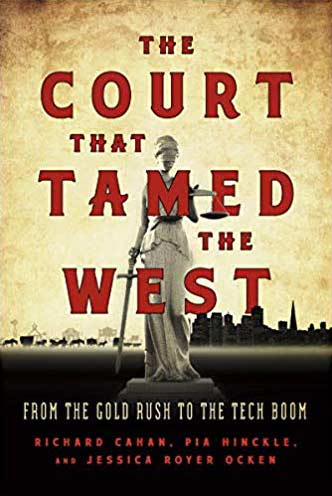 The Court That Tamed the West

From the gold rush to the Internet boom, the US District Court for the Northern District of California has played a major role in how business is done and life is lived on the Pacific Coast. When California was first admitted to the Union, pioneers were busy prospecting for new fortunes, building towns and cities—and suing each other. San Francisco became the epicenter of a litigious new world being cobbled together from gold dust and sand dunes. Its federal court set precedents, from deciding the fate of Mexican land grants and shanghaied sailors to civil rights for Chinese immigrants. Through the era of Prohibition and the labor movement to World War II and the tumultuous sixties and seventies, the court’s historic rulings have defined the Bay Area’s geography, culture, and commerce.

Sponsored by the Northern District Court’s Historical Society and told by veteran journalists, The Court That Tamed the West presents the region’s history through a new lens, offering insight along with great storytelling.

Receive a free copy of “The Court that Tamed the West” when you become a member of the Northern District Court Historical Society! 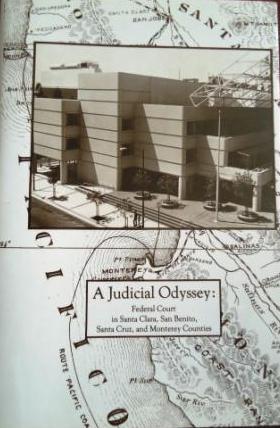 A Judicial Odyssey follows the history of the federal courts in Central California from before statehood into the 1980’s. The story opens with a brief history of culture and society in the Santa Clara valley, beginning with the Spanish settlement and concluding with the emergence of Silicon Valley. The book recounts the early years of the federal court in the region, from its first arrival in 1852 in San Jose, one of four locations in the Bay area where annual terms were held, to its handling of the important litigation over Mexican Land Grants in the wake of the Mexican-American War. Also covered is the departure of the federal court from the central coast region in favor of a permanent court in San Francisco followed by the continuing effort of key figures to bring a federal courthouse to the San Jose area. The story traces the “Congressional Maze” that eventually led to the reestablishment of a federal court in the region. The story concludes with the opening of a new federal court in San Jose in 1967 and shows journalist sketches remembering key cases of the era including conscientious objector trials of the Vietnam era and litigation stemming from the rise of computer technology in the Silicon Valley. The book includes over 80 photos and drawings which provide a detailed and intriguing account of the history of the federal courts in the San Jose and Santa Clara areas. 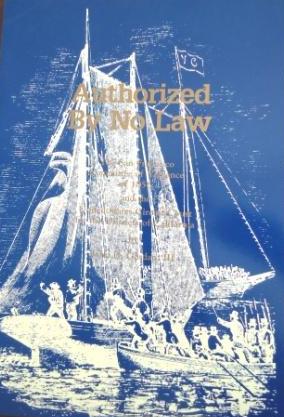 Authorized By No Law

Authorized by No Law is a lively account of the United States Circuit Court for the Districts of California and its use of federal piracy law and bring to heel the San Francisco Vigilance Committee of 1856, an organization of conservative revolutionaries who “sought to resume their status as the city’s elite.” The book details two of the committee’s most famous acts: the seizure of the arms carrying Schooner Julia and the capture of the Honorable David S. Terry, associate justice of the Supreme Court of California.

The book begins by discussing the creation of the “unique but forgotten” United States Circuit Court for the Districts of California and the court’s only judge, Matthew Hall McAllister, and turns to the Rise of the San Francisco Vigilance Committee of 1856. The story then turns dramatic as it discusses the Vigilance Committee’s seizure of the schooner Julia in the Bay of San Pablo and the subsequent seizure of the Honorable David S. Terry. The narrative then recounts the Vigilance Committee’s “trial” of David S. Terry, Judge McAllister’s efforts to obtain his release, and the committee’s eventual decision to release Terry on their own. The story concludes with the piracy trial of several Vigilance Committee members. Authorized By No Law illustrates an obscure but important time in the history of the federal courts in California and the City of San Francisco. The author includes numerous maps and illustrations. 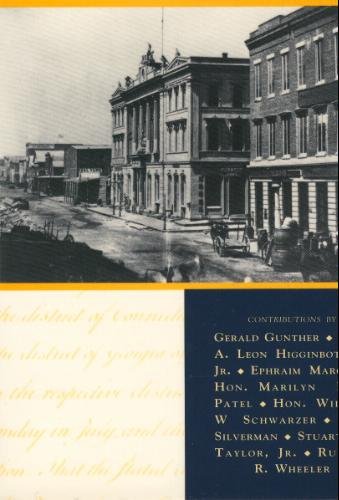 The Federal Courts: Yesterday, Today, and Tomorrow presents the symposium given by the United States District Court for the Northern District of California on November 3, 1989 to commemorate the bicentennial of the federal courts. The book features contributions by distinguished judges, practitioners, and observers of the federal courts. The speakers discuss various topics such as the Judiciary Act of 1789, racial perspectives of civil rights in the federal courts, the Learned Hand model of the role of the judge, and the future of the Federal Courts and how to meet the needs of an increasingly litigious society. The panel discussion then provides a conclusive and thought-provoking response to each topic. Addressing a far-reaching range of interests, the book presents an enlightening history and engagingly candid view of the federal judicial system in American life. 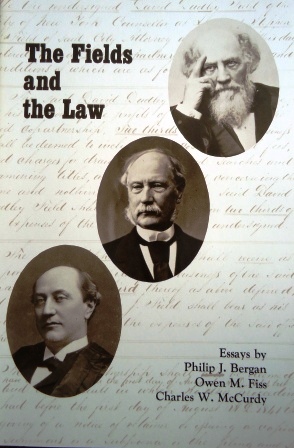 The Fields and the Law

Charles W. McCurdy, University of Virginia Professor of History and Law, examines the legal thought of Supreme Court Justice Stephen J. Field, with a special focus on Field’s interpretation of the Fourteenth Amendment and his pioneering work undertaking judicial protection of substantive rights as a democratic endeavor.

Philip J. Bergan, a lawyer and author of a biography on David Dudley Field, traces David Dudley Field’s career as a lawyer, especially his influence in reforming New York state law, which led to the adoption of the “Field Code” of Civil Procedure. The Field Code was influential in the development of other states’ legal codes.

Owen M. Fiss, a Sterling Professor at Yale Law School, examines the career of David J. Brewer, Supreme Court Justice and the nephew of both Stephen and David Dudley Field. Brewer’s gift to Constitutional history was to expound the role of the judge: to lead and to remind people of their higher obligations.

Read together, these three essays help illustrate as to how this remarkable family shaped American law. 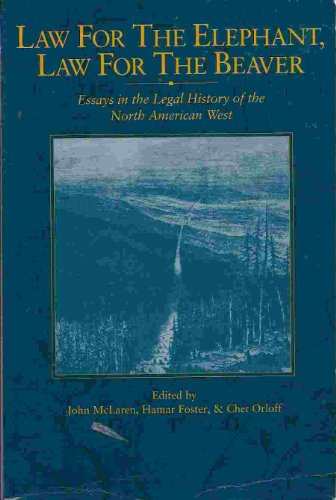 This collection of twelve essays draws upon eleven of the papers presented at “Law for the Elephant, Law for the Beaver: A Transboundary Conference on the Legal History of the West and Northwest of North America,” held at the Faculty of Law, University of Victoria, on February 22-24, 1991. With an attendance of over 130 researchers, judges, practitioners, and students, the conference served as the first Canada-United States joint initiative on the exploration of Western legal history. Among the various disciplines represented were law, history, political science, sociology, women’s studies, aboriginal studies, criminology, geography, economics, and public administration. Many topics and issues were addressed during the conference, including frontier justice, aboriginal rights, police and policing, women and the law, the legal profession, racism and the law, child and family law, economic development and the law, and researching western legal history.