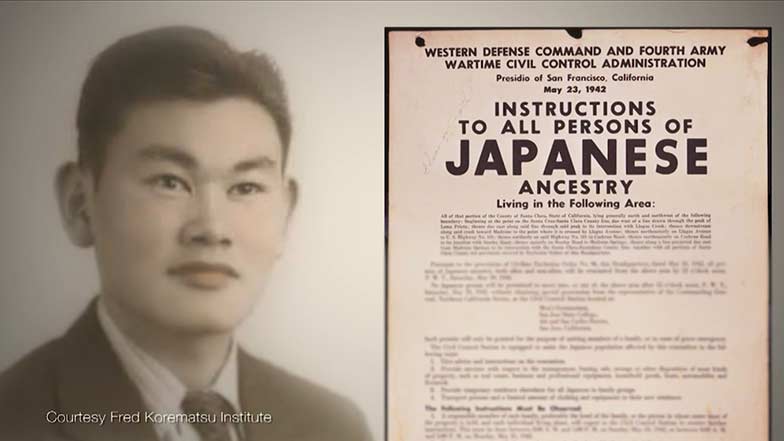 After the bombing of Pearl Harbor by Imperial Japan on December 7, 1941, rumors spread of a plot by Japanese Americans to sabotage the war effort. In early 1942, President Roosevelt signed Executive Order 9066, forcing the removal of all persons of Japanese ancestry—regardless of loyalty or citizenship—from the West Coast. In one of the most flagrant violations of civil liberties in American history, more than 120,000 Japanese Americans were banished to “internment camps” in seven states. Before departure, many were forced to abandon their property or sell it at a severe loss.

In December 1944, the Supreme Court, in Korematsu v. United States, upheld the legality of the relocation order, although Fred Korematsu’s conviction for evading internment was voided in 1983 on a coram nobis petition heard in the U.S. District Court for the Northern District of California.

Some of the major players from the 1983 case form the panel for this program: the professor who uncovered government documents that led to the reopening of Mr. Korematsu’s case; the lead counsel for Mr. Korematsu; the judge who heard and ruled on the writ of coram nobis; and Mr. Korematsu’s daughter, who founded a civil rights education institute in her father’s memory.