Harry Bridges: The 20-year Crusade To Deport An Immigrant Activist

Harry Bridges: The 20-year Crusade To Deport An Immigrant Activist 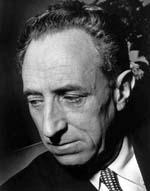 “The record in this case will stand forever as a monument to man’s intolerance of man. Seldom if ever in the history of this nation has there been such a concentrated and relentless crusade to deport an individual because he dared to exercise the freedom that belongs to him as a human being and that is guaranteed to him by the Constitution.”

From 1934 to 1955, federal and state authorities brought a series of civil, criminal, and legislative actions against Harry Bridges ― an Australian-born labor leader of the newly founded International Longshore and Warehouse Union (ILWU) in San Francisco ― that would reach the United States Supreme Court not once, but twice.

Bridges’ legal team confronted daunting odds, bringing to light manufactured evidence, dispelling accusations of disloyalty to the government, battling powerful interests entrenched in the Red Scare, and even facing prison for contempt. After two trials, three Ninth Circuit opinions, a California Supreme Court opinion, and two decisions of the U.S. Supreme Court, Bridges ultimately prevailed, overturning both the revocation of his citizenship and his conviction for lying about Communist Party membership.